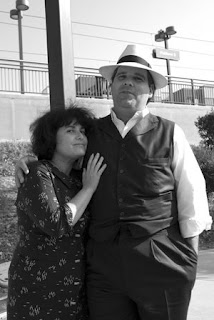 Esotouric are not you average bus tour. The tours are the brainchild of Kim Cooper who, along with partner, co-host and husband Richard Schave,  have been sharing their overriding passion for the City of Angels with all its foibles, since 2007. 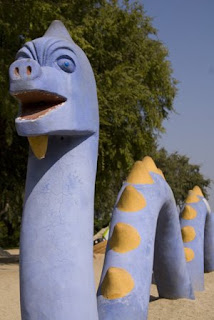 In a town with more personalities than a schizophrenic starlet, it’s no surprise that Schave, kicks off with, “LA is not the city you think it is.” What is surprising is, that most of the passengers on board are native Angelenos, many are regulars and, it’s also the last time Schave adheres closely to a script. 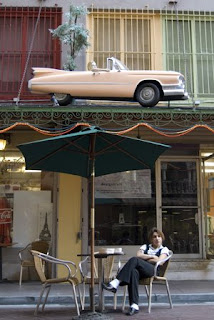 “Coop” is a third generation Angeleno. When she isn't entertaining busloads of curious guests she combs old newspapers for clues on the city’s scandalous past, edits both; Scram “a journal of unpopular culture” and the crime-a-day blog www.1947project.com plus, authors books like Bubblegum Music is the Naked Truth, Lost in the Grooves and a history of the cult band Neutral Milk Hotel. 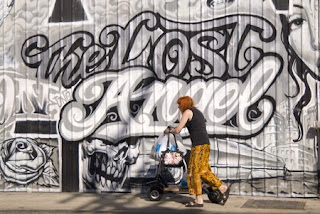 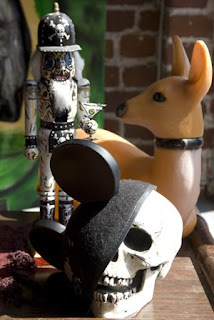 From artist studio's and downtown backstreets to the dumpling shops in the San Gabriel Valley -an area Kim refers to as, “a place of eccentricity, imagination and occasionally, absolute abject horror”- Esotouric re-introduce LA in a way and sometimes via places where other bus tours fear to lay their tread. 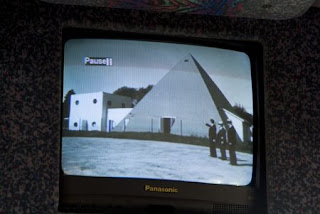 With onscreen presentations featuring historic movie footage, documentaries and newspaper clippings as a backdrop, Richard peels back the palm trees, baby blue skies and car dealerships to create a sense of place and time reminiscent of the noir fiction of Raymond Chandler and James Ellroy or the deadbeat blues of Tom Waits and Charles Bukowski. 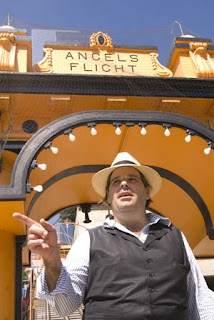 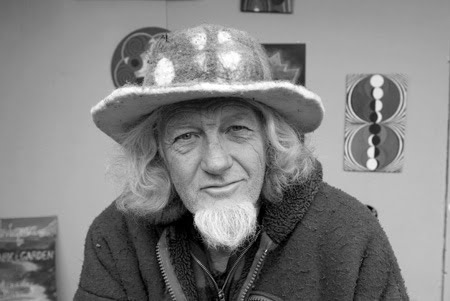 Marahau's Art Unique sculpture trail, was conceived 16 years ago by an Australian chippie Brian Woodward better known around these parts as Woody. He once farmed down on the coast but after 20 years of that decided he wanted to get out and see the world. This is as far as he got.

Where the dual faces of Ranginui and Papatuanuku -the Maori gods of sky and earth- carved into the base of an immense tree trunk, greet trampers exiting the Abel Tasman National Park.

Woody makes his home in a '66 Bedford, which doubles as a mobile carving studio for when he's on the road to his other bus-abode high in the forested hills of the South Island West Coast.

Woody is a man of many styles, wood and stone. The cartoon like Marahau Moa are his too, a roadside attraction thaat works at getting curious tourists out of their campervans.

Maori myth and legends reference the environment and the people who have walked here for centuries before the gore-tex troops of travelers today. In the early d… 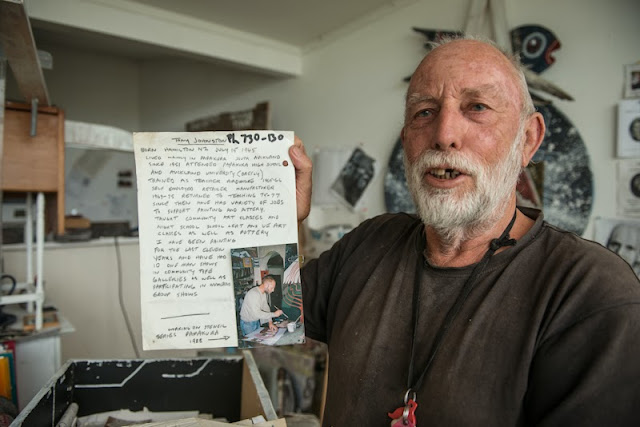 I was told by a curator a few years back that 'Man Alone is no longer fashionable.' It was in response to a proposal I was writing on behalf of artist Tony Johnston.I was not writing about an intellectual theory but describing the conditions that informed Tony's art. Living out on Kaiaua's stony foreshore between an Urupa and the ever changing light of the Firth of Thames, Tony lives to make art. He definitely is not fashionable and, there is barely any time left in his days to worry about the needs of anybody else, Well maybe just a little company from time to time.  His painting style has been described as naive, I'm sure that label wouldn't offend him. I prefer primitive. His work is raw and ostensibly unsophisticated but equally visceral. Sit with them a while and you'll find nothing remotely innocent about his subject material nor his technique.

While he is probably an enigma in the art world,miraculously his work features as part of the NZ Parliamenta… 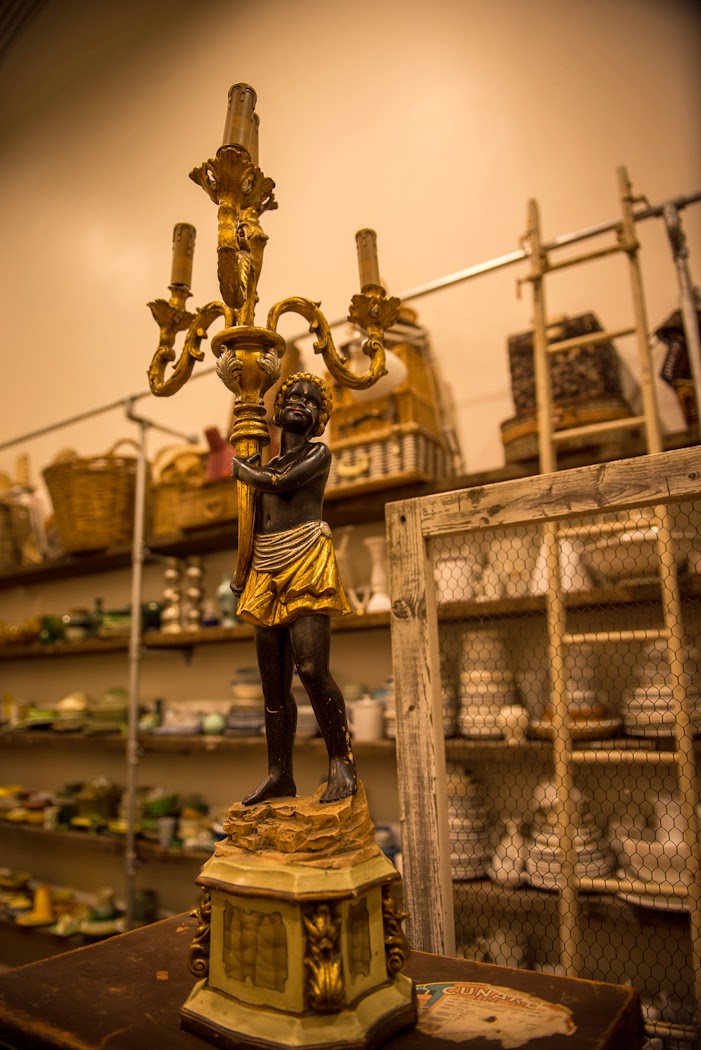 I've been a fly on the wall of Grant Allen's One Stop prop Shop (OSPS) for sometime now. He's been burgseyed before when the OSPS was in its infancy and he operated out of a tiny garage in Point Chevalier. Watching an idea seed, grow, morph and bloom is often as rewarding for the bystander as it is exhausting for the irrepressible protagonist.
Now, Grant (above right) has teamed up with interior designer and fellow collector Patrick Crawshaw from The Empire Collective to form a new look OSPS in the old Royal Theatre in Kingsland, Auckland.In the U.K. Patrick worked for Anouska Hempel, the British designer and creator of Blakes Hotel. He was a partner in Maxwell Green Design in Scotland and Blake's Interiors in England. Thankfully his skill set helps makes some sense of Grant's deliberately dishevelled displays!
Cramming this emporium of the arcane, the offbeat and the charming chic into one half of the old cinema -now known as Princess Hall- has been a virtual rou…