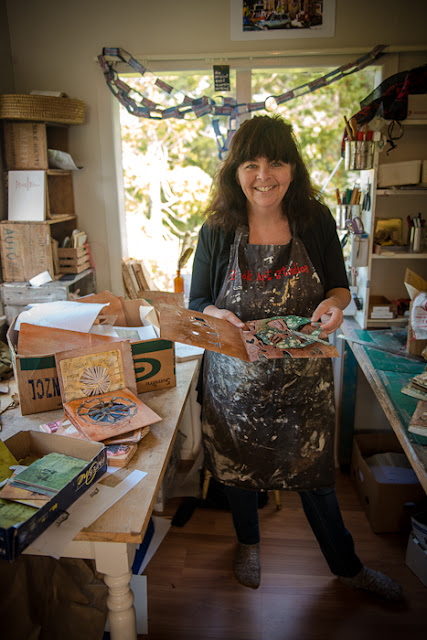 In the prologue to Stephen Nachmanovitch's book Free Play he opens by describing the Sanskrit word lila, which means play: "Richer than our word, it means divine play, the play of creation, destruction and re-creation, the folding and unfolding of the cosmos. Lila, free and deep, is both the delight and enjoyment of this moment, and the play of God. It also means love." It could also describe the practise of Titirangi based book-artist Liz Constable. 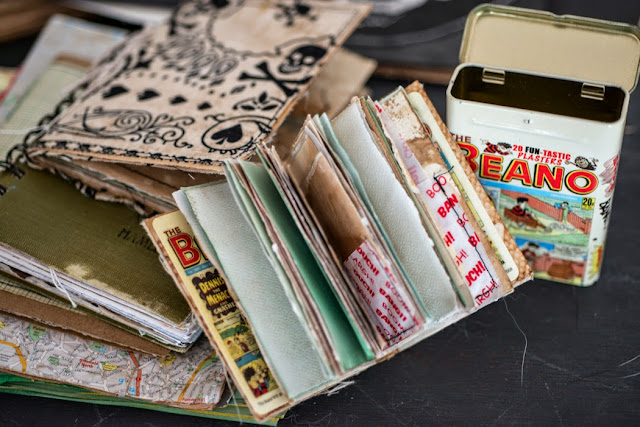 When I meet Liz at her Book Art Studios her sense of play abounds in every parchment. Her work benches are full of materials from comic books to recycled pop art t-shirts, no surface is safe from her collages and positive messaging and when she speaks of her work, she speaks only of "playing with ideas."

According to Nachmanovitch, "Lila may be the simplest thing there is - spontaneous, childish, disarming. But as we grow and experience the complexities of life, it may also be the most difficult and hard won achievement imaginable, and its coming to fruition is a kind of homecoming to our true selves."
Liz's hand made books and journals may seem simple on first reading but within each are stitched subtle humour and hidden clues, all glued or cut into the gutsy textures and apparently random overlays. They are as much an exploration of Liz's life to date as they are the influences of those who commission her. One patron described her work as "full of surprises." 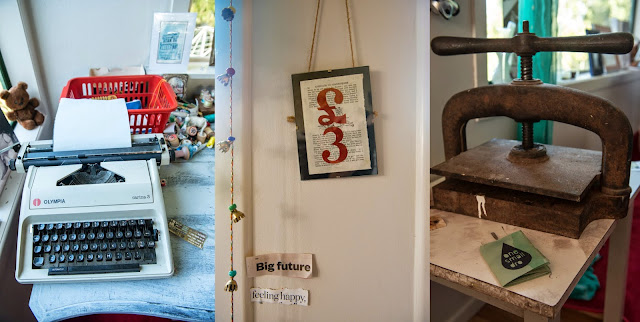 In her former lives Liz owned an operated an Early Childhood Education centre before becoming a Change Counselor and then Business Coach. She admits that while she was earning good money, "I was tired of coaching, I felt like I was going through the motions and I needed a change myself.'
Her true calling came when she met Allie Snow a textile artist and book artist. "I loved her work, it took my  breath away.  I thought this is what I want to do so I did classes with her and started out from there."

Everywhere I look there is paper stacked, boxed and unbound, in various states of treatment, cut, uncut, inked, stitched, pasted and folded. "Out of frustration from not being able to find the right paper,  I started treating my own paper. I use old shipping charts, (I have a secret source of maps,) but I also love graph paper and calico too. I dye and gesso all my paper and work within the brown and green palettes. I love Grunty! I don’t think Grunty is a colour but I love it." 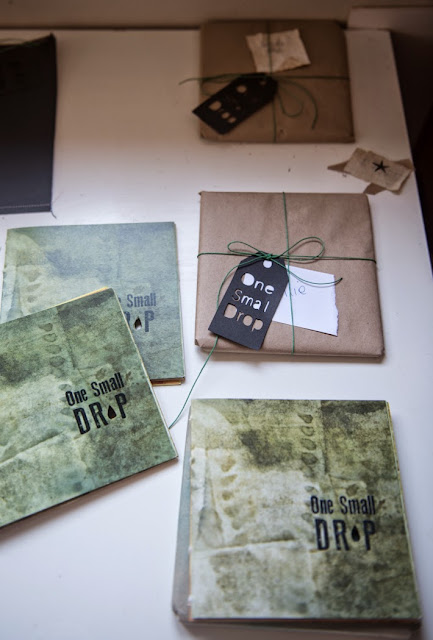 In lieu of a 50th birthday bash, Liz instead celebrated her day by launching her first published story book, One Small Drop. The first edition sold out. The second is now being printed to take to the Frankfurt Book Fair later this year, which will also be accompanied by a limited edition art series of the same title. Liz does not ordinarily like to reveal her processes but I push her. "I’m almost embarrassed to show you all this," she says rifling through her shelves, "It is so raw. It is big and clunky. I now have a laser cutter but this was all hand cut." 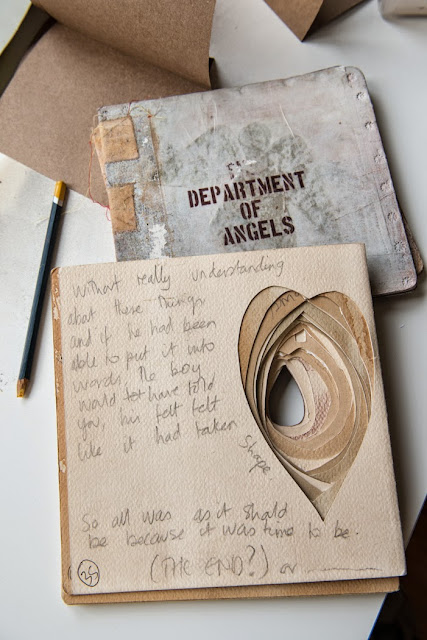